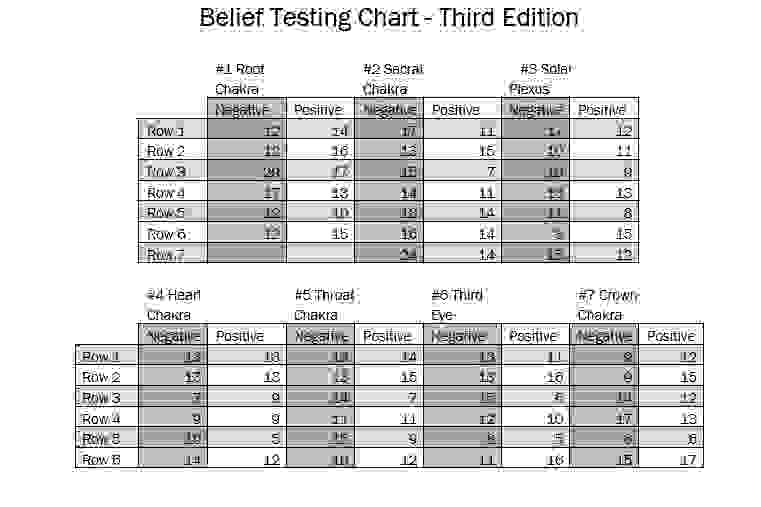 Here are the Instructions for using the chart:

The belief chart corresponds to each of the chakras, row or subcategory, and the number is how many beliefs are in that row (negative or positive). For example, test in which of the chakras are found the most harmful negative beliefs. Let's say one is in the 3rd chakra, which is the Solar Plexus, then which row or subcategory is it in (1-7)? It is in number 6. There are 8 negative beliefs in that row, now test 1-8 until arriving at the correct negative belief, and it is #4. Write the numbers down while testing. In this case it would be 3 6 4, - Chakra, Row, Belief.

It is common to get several negative beliefs that are associated with each other. Use the chart to identify them and after finishing locating all the beliefs in the different chakras, look them all up at the same time. This saves a great deal of time because it is not necessary to flip through pages.